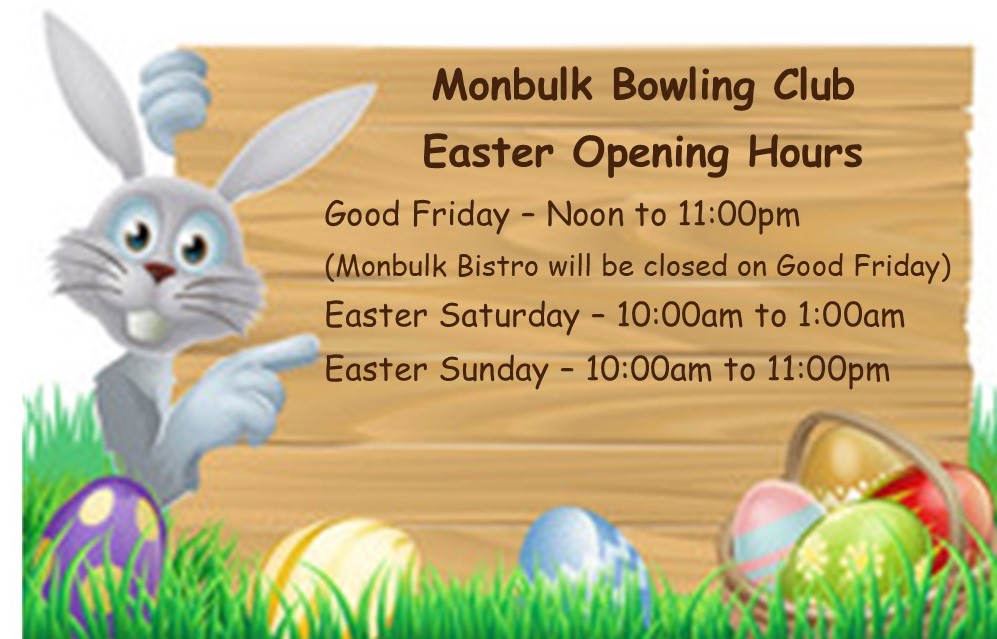 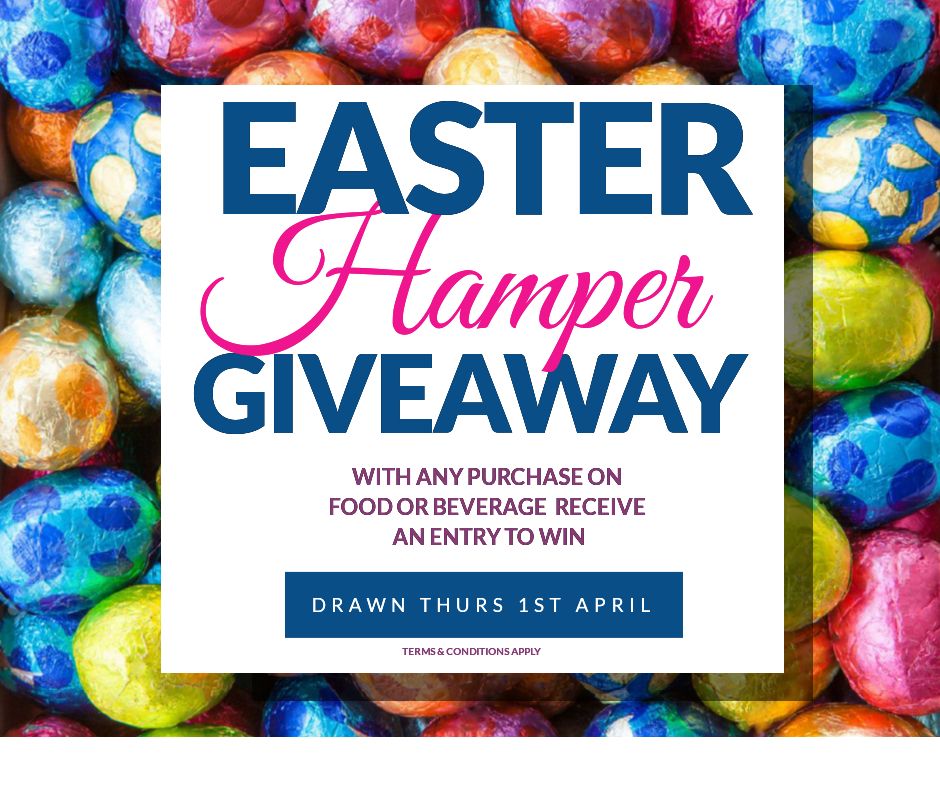 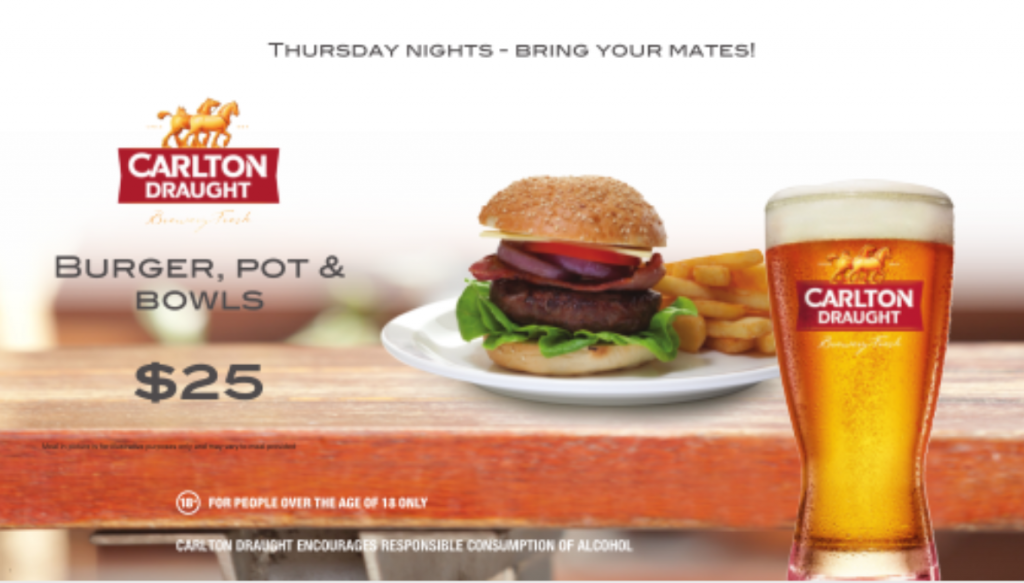 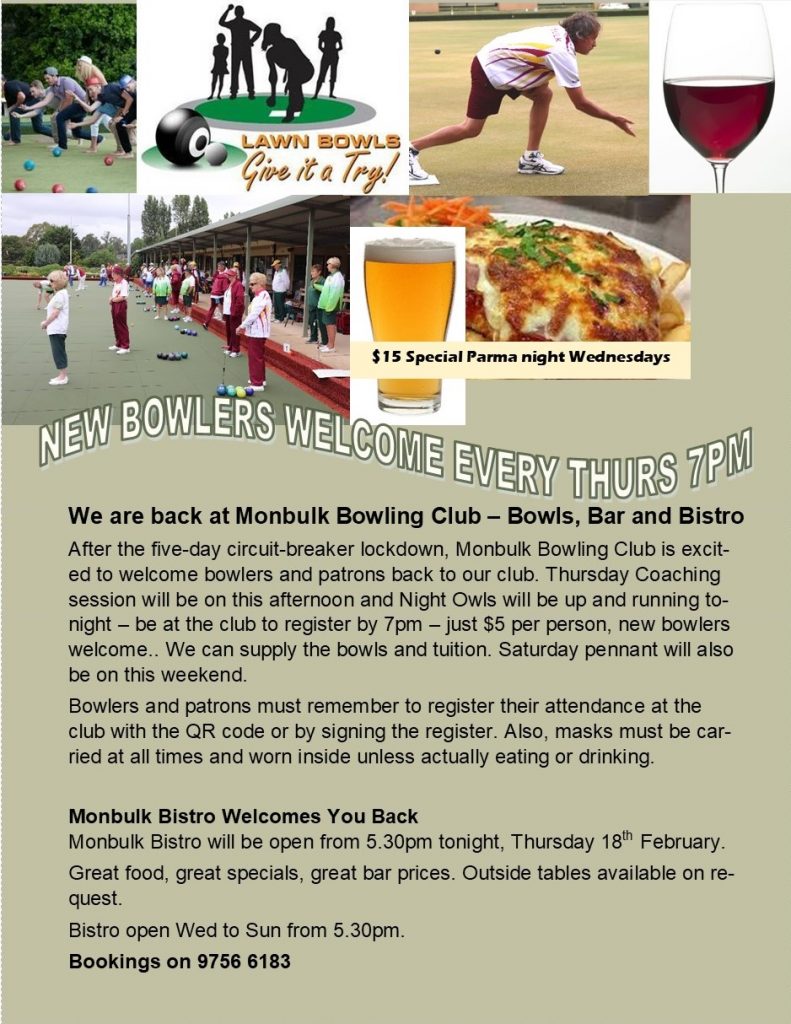 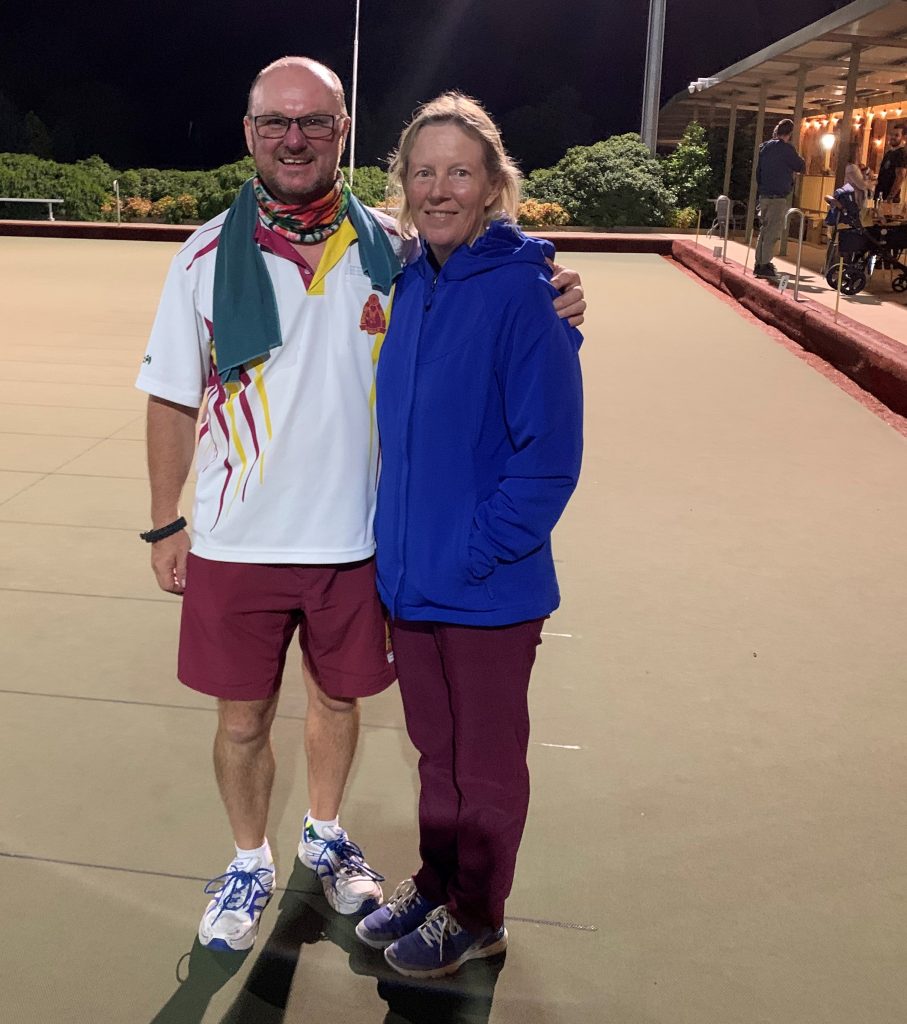 Here we are in lockdown for five days. But last night was a different story – we were still out and about. The Monbulk Club Championship finals were held at last, and the members who attended got to appreciate even more our game of bowls, and sharing food and drinks with mates, knowing that it would all be put on hold again from 11.59pm.

The women’s final was between Karen Rice and Jenny Holmes. Thankyou to Anne Ward for marking the event. Both Karen and Jenny have won the title three times but have never played each other in a final before. As the ends progressed, it became a one-sided affair –  Jenny was still in single figures, while Karen raced into the 20s. Karen had all the answers, while Jenny struggled to ask the questions. If there were any nerves they didn’t show. Karen played several attacking pinpoint accurate weighted shots, and her draw shots were often needing chalk. It was a consistent and flawless display and worthy of our four-times Club Champion.

In the men’s game, Richard Cookson played Geoff Petersen. Klaus Eisele did a good job of marking – lots of chalkers. Richard has won the title several times in the past, while Geoff has been runner-up once in his short career. This was a game of high standard from both players and the sometimes-rowdy spectators were well-rewarded for their attendance. The bowls heads were carefully constructed and just as carefully deconstructed. The jack was moved on most ends, with some gentle nudges, some accurate trailing shots and occasionally some bullet-speed drives from both bowlers. The lead was traded several times even when the scores were into the 20s. This game was a cliff-hanger right throughout, until the last bowl of the last end, when after nearly three hours of play, Richard needed four shots to win, Geoff needed one shot to win. Geoff prevailed.

Congratulations to our Club Champions, Karen and Geoff. They will now both progress, sometime in the future we hope, to the regional competition where they will face the champions from other clubs in our region for the chance to be capped Champion of Champions. 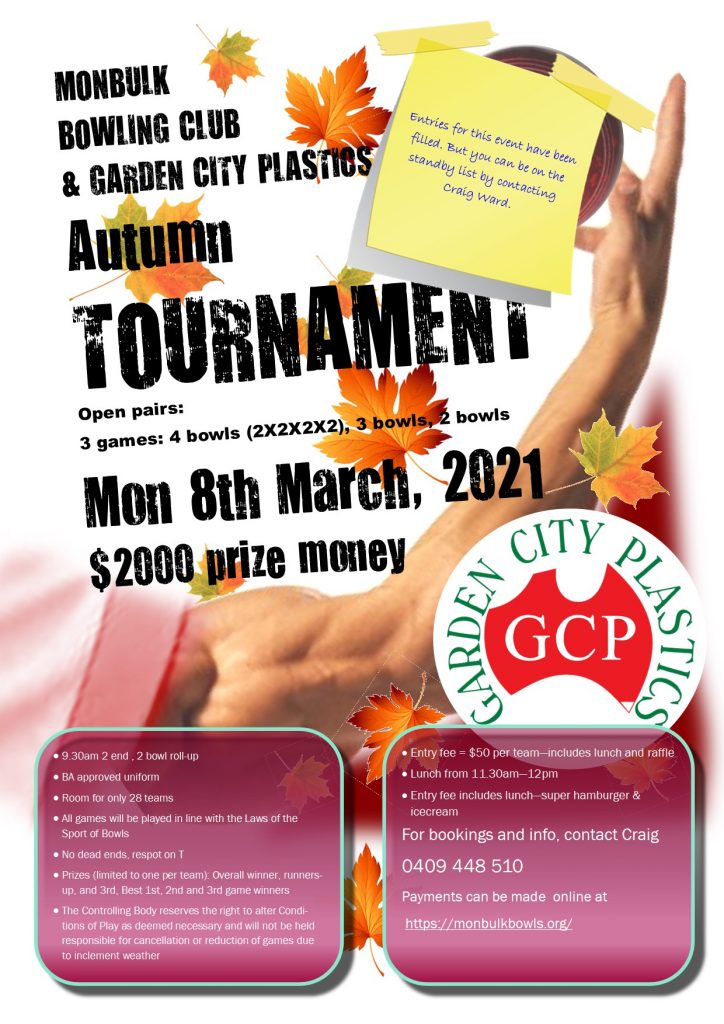 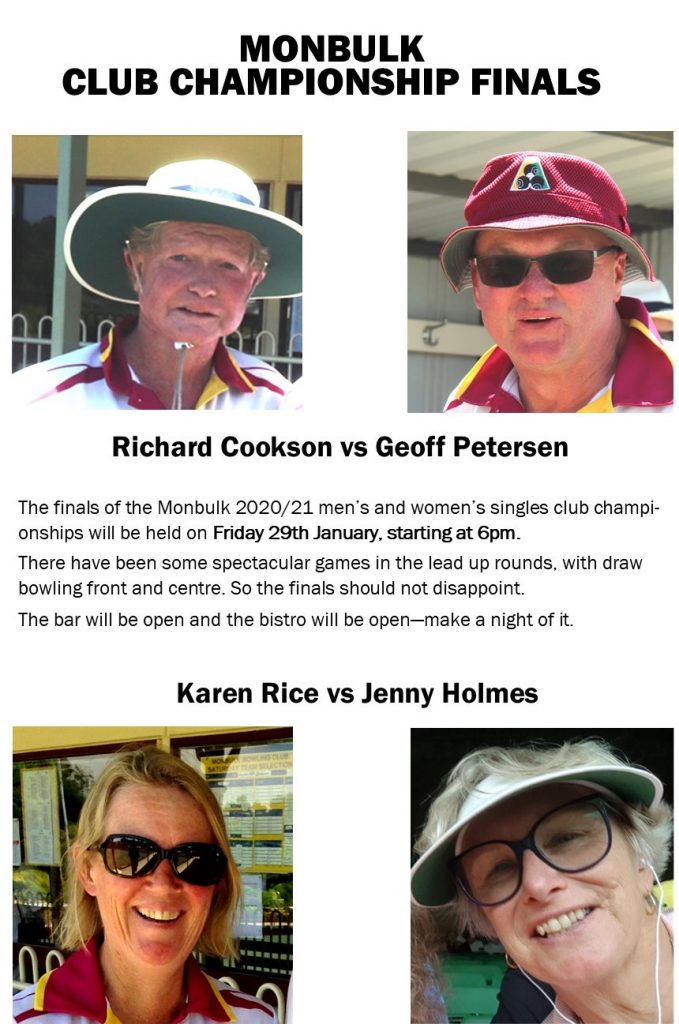 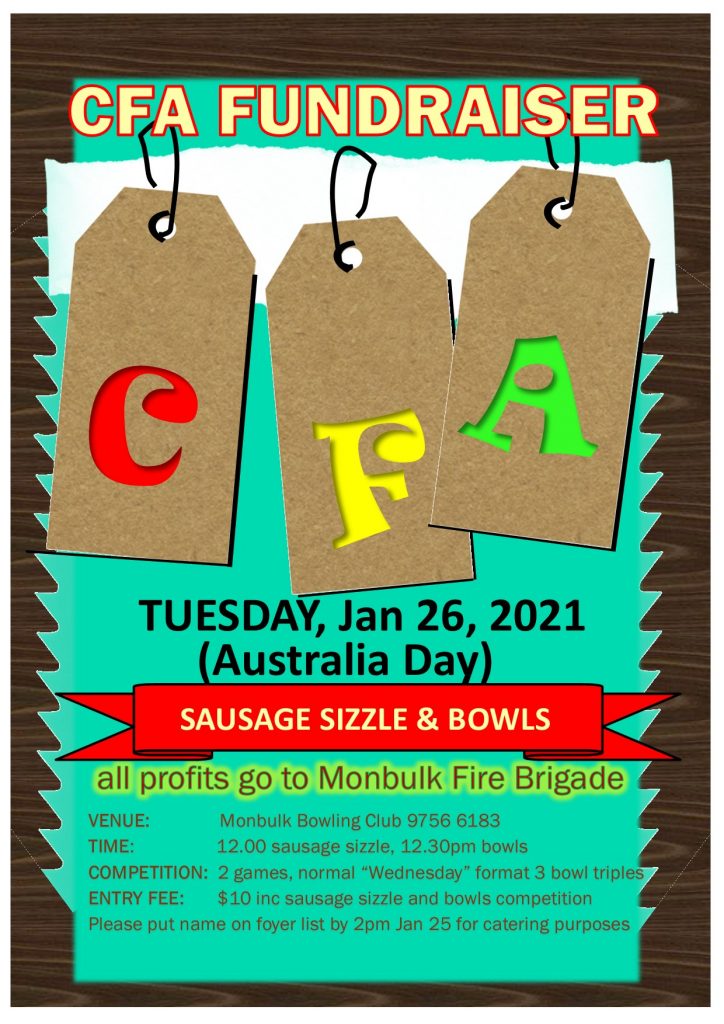 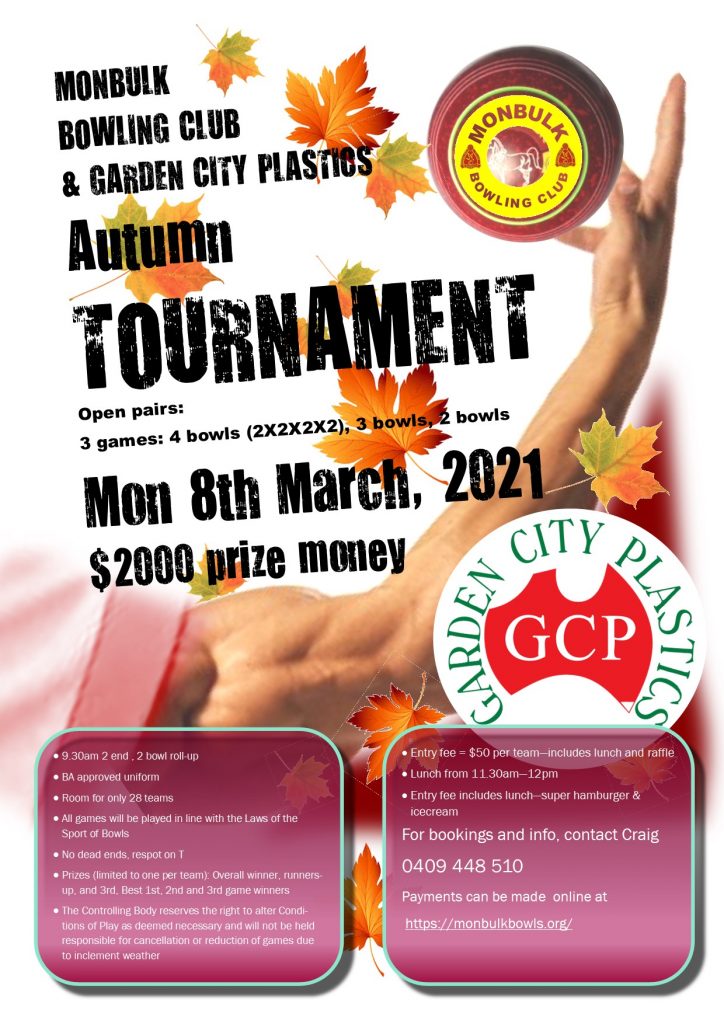 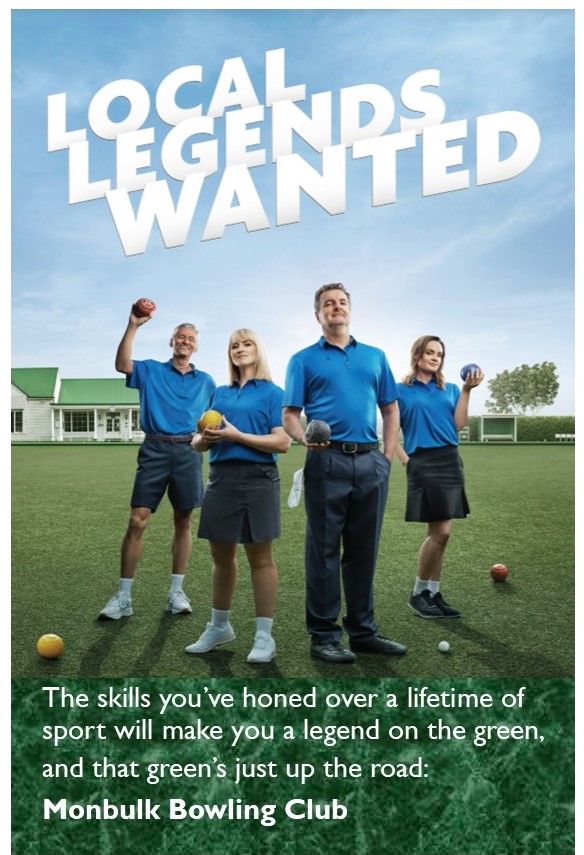 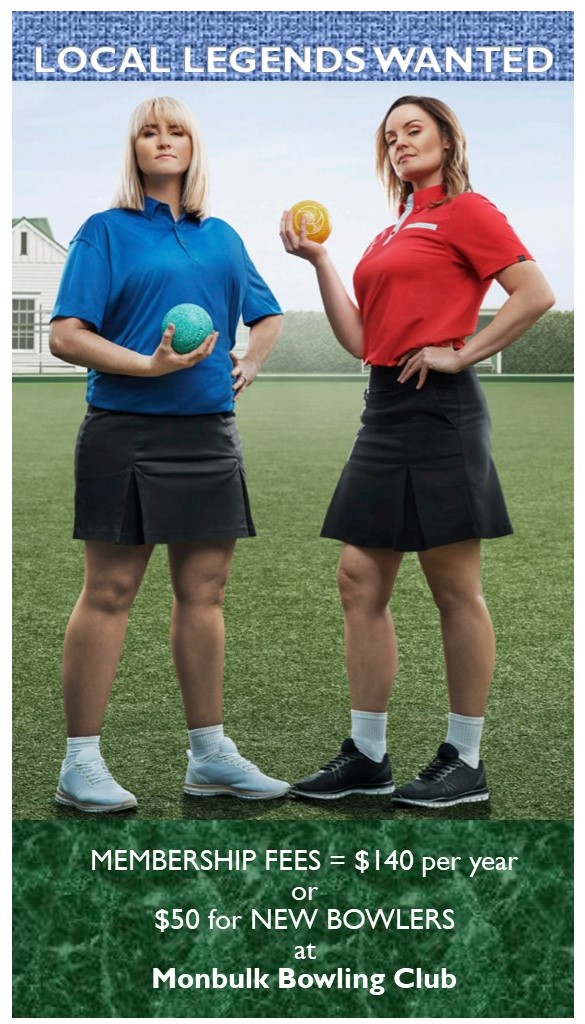